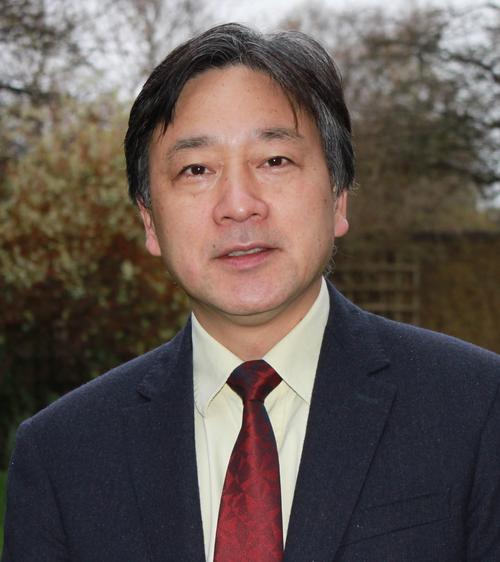 Biography: Professor Jin is a Distinguished Chair and Professor in Computational Intelligence, Head of the Nature Inspired Computing and Engineering (NICE) group, Co-Coordinator of the Centre for Mathematical and Computational Biology (CMCB), Department of Computer Science, University of Surrey. He is a Finland Distinguished Professor (2015-17) with the Multi-objective Optimization Group, Faculty of Information Technology, University of Jyvaskyla, Finland, and a Changjiang Distinguished Visiting Professor (2015-17), State Key Laboratory of Synthetical Automation of Process Industry, Northeastern University, China.
He obtained the BSc, MSc and PhD degrees from Zhejiang University, Hangzhou, China and the Dr.-Ing. from Ruhr-University Bochum, Germany. Before joining Surrey in 2010, he was a Principal Scientist with Honda Research Institute Europe, Germany. He did postdoctoral research with the Industrial Engineering Department, Rutgers, the State University of New Jersey, USA from 1998 to 1999. he was an Assistant and Associate Professor with the Electrical Engineering Department, Zhejiang University, Hangzhou, China from 1992 to 1996. 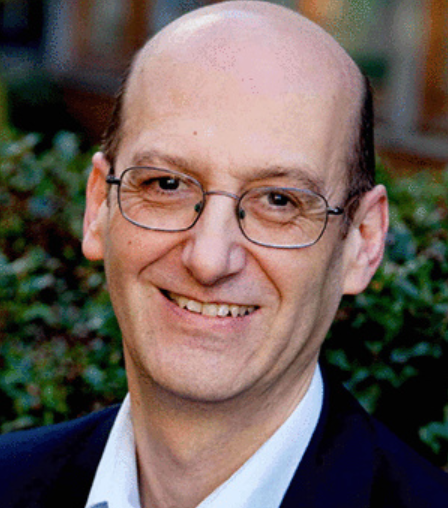 Biography: Professor Jon Garibaldi is currently Head of School of Computer Science, University of Nottingham, Head of the Intelligent Modelling and Analysis (IMA) Research Group and Founding Director (together with Prof. Richard Emes) of the Advanced Data Analysis Centre (ADAC). He obtained a BSc (Hons) in Physics from University of Bristol in 1984, an MSc in ‘Intelligent Systems’ from University of Plymouth in 1991, and a PhD in ‘Intelligent Techniques for Handling Uncertainty in the Assessment of Neonatal Outcome’ from University of Plymouth in 1997. He worked in the School of Computer Science at the University of Nottingham since 2002, being a full Professor from 2012. Since being at the School, He held a variety of administrative roles including Admissions Tutor, Director of Teaching and (since Jan 2016) Head of School. He is the current Editor-in-Chief of IEEE Transactions on Fuzzy Systems, the leading international journal in his main research field, and a Senior Member of the IEEE. 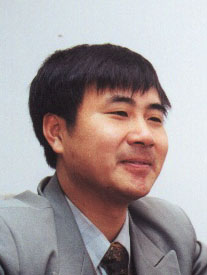 Biography: Mr. Fuchun Sun received the Ph.D. degree in Computer Applying from Department of Computer Science and Technology of Tsinghua University. From January 1998 to March 2000, Dr. Sun was a Post-doctor fellow in the automation department of Tsinghua University. After that he joined the Department of Computer Science and Technology of Tsinghua University. In 2003, Dr. Sun was promoted as a Professor and a Doctor Tutor in 2004. As a member of expert panel of National 863 Project and a council member of Chinese Association of Artificial Intelligence, Dr. Sun is concurrently the Assistant Dean of the office for Scientific Research and Development in Tsinghua University. He is also the deputy director and secretary- general of the Intelligent Control and Management Society of Chinese Association for Artificial Intelligence. Moreover, Dr. Sun is an associate editor of IEEE Trans. On Neural Networks, and serves as a member of the Editorial Board of the International Journals of “Soft Computing－A Fusion of Foundations, Methodologies and Applications” and “Computational Intelligence Systems”. Besides, Dr. Sun was a member of the Conference Editorial Board and Technical Committee on Intelligent Control of the IEEE Control Systems Society. Prof. Sun’s research focuses on Intelligence System theory, Information Network, Robert Dynamics, Intelligence Control and some other relative aspects. He was charged with over twenty items of research projects. He received a Second Prize of Science and Technology Awarded by Beijing Municipality, 2004 (ranking No.1 among the candidates), and was nominated for a Second Prize of Science and Technology Awarded by Ministry of Education, 2002 (ranking No.2). Three of his projects won the Third Prize provincially. Prof. Sun has a monograph and a work of translation. He published more than 120 articles and over 40 of them were in international Journals, such as, IEEE Transactions, AUTOMATICA. 41 of them were indexed by SCI and were cited by others for 88 times. Over one hundred articles indexed in EI. Biography: Mark’s research interests began with modular robots that are made up of identical active components that can be arranged to form many different configurations, ranging from a snake robot to a humanoid to a 17 legged centipede. These systems can also self-reconfigure, changing the robot’s shape to suit the task. In addition to self-reconfiguring and self-assembling robots, Mark has also started work on flying robots, and task specification, working to figure out how to specify a task so that a robot configuration can optimally satisfy that task. 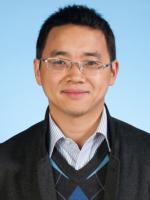 Biography: Professor Dong is currently a Scientia Associate Professor at the University of New South Wales, Canberra, Australia, and he is also an Alexander von Humboldt Fellow. He was with the Chinese Academy of Sciences and with the Zhejiang University. He had visiting positions at Princeton University, USA, RIKEN, Japan and the University of Hong Kong, Hong Kong, and University of Duisburg-Essen, Germany. He received a B.E. degree in automatic control and a Ph.D. degree in engineering from the University of Science and Technology of China, in 2001 and 2006, respectively. He serves as an Associate Editor of IEEE Transactions on Neural Networks and Learning Systems. He has also served as General Chair or Program Chair for several international conferences, and is currently a Member-at-Large of Board of Governors, IEEE Systems, Man and Cybernetics Society. He has published 95 journal papers in leading journals including Nature Human Behaviour, Physical Review Letters, IEEE Transactions, and Automatica, and more than 50 conference paper. He has attracted a number of competitive grants with more than AU$2.8 million from Australia, USA, China and Germany. 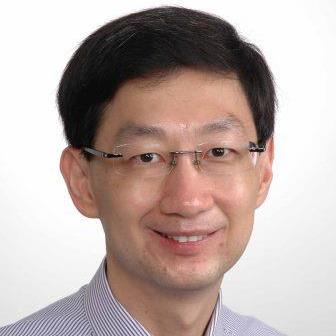 Biography: Prof. TAN Kay Chen received the B.Eng. degree (First Class Hons.) and the Ph.D. degree from the University of Glasgow, U.K., in 1994 and 1997, respectively. He is a Professor with the Department of Computer Science, City University of Hong Kong, Hong Kong. He has published over 130 journal papers and over 130 papers in conference proceedings, and co-authored six books. His current research interests include artificial/computational intelligence and machine learning, with applications to evolutionary multi-objective optimization, data analytics, prognostics, BCI, and operational research etc. He is the Editor-in-Chief of IEEE Transactions on Evolutionary Computation (IF: 10.629), was the EiC of IEEE Computational Intelligence Magazine (2010-2013), and currently serves on the Editorial Board of over 10 international journals such as IEEE Transactions on Cybernetics, IEEE Transactions on Computational Intelligence and AI in Games, Evolutionary Computation (MIT Press) etc. He has been an invited Keynote/Plenary speaker for over 60 international conferences and was the General Co-Chair for IEEE World Congress on Computational Intelligence (WCCI) 2016 in Vancouver, Canada. He also serves as the General Co-Chair for IEEE Congress on Evolutionary Computation (CEC) 2019 in Wellington, New Zealand. He is a Fellow of IEEE, an elected AdCom member of IEEE Computational Intelligence Society (2014-2019), and an IEEE Distinguished Lecturer (2011-2013; 2015-2017). He received the 2016 IEEE Transactions on Neural Networks and Learning Systems Outstanding Paper Award. He was the awardee of the 2012 IEEE Computational Intelligence Society Outstanding Early Career Award for his contributions to evolutionary computation in multi-objective optimization. He also received the Recognition Award (2008) from the International Network for Engineering Education & Research (iNEER) for his outstanding contributions to engineering education and research. 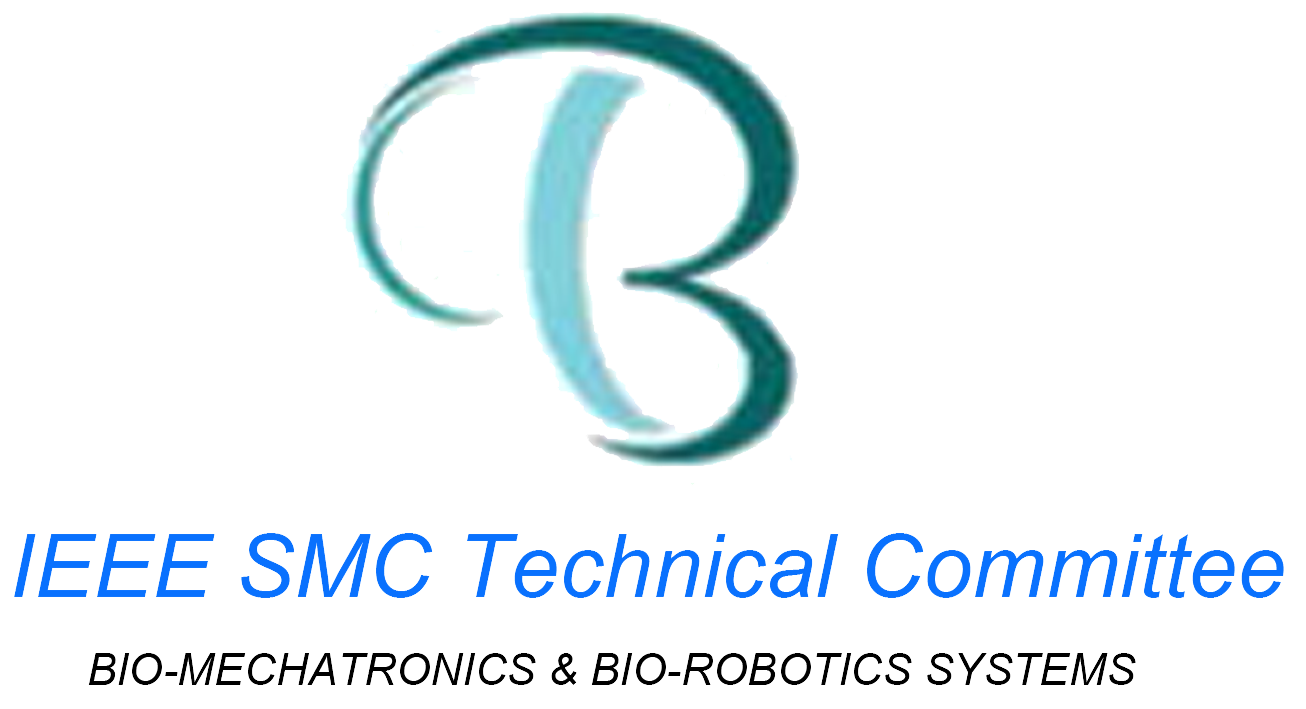 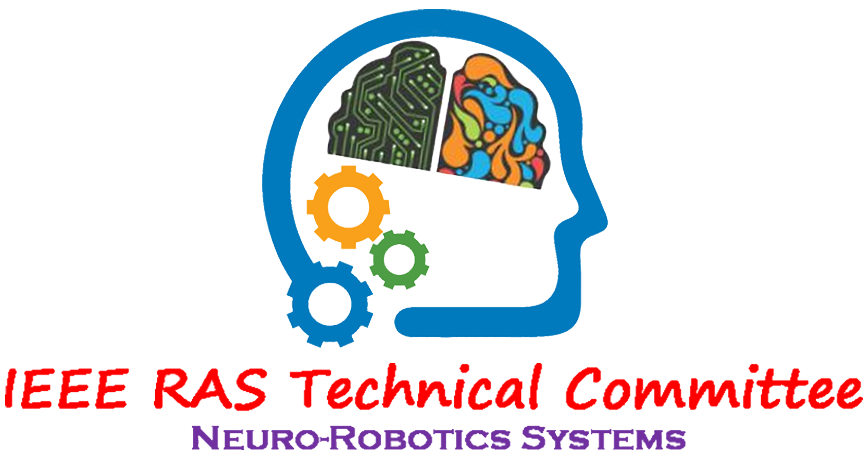 2021/2/3  Special Issue on Cyborg Intelligence: Human Enhancement with Fuzzy Sets has been approved for the conference accepted papers.